Everything You Need to Know About Arnica

Sometimes, the most exciting new developments have been around for centuries.

First, the basic facts behind one of the core ingredients in  Flexpower Soothe : Arnica, or arnica montana, is a yellow flower. You may have heard of it before and not even realized it, as it’s also known as wolfsbane (also leopard’s bane, mountain tobacco, and mountain arnica). Arnica is native to Mexico, Siberia, parts of Europe, and the Northwest region of the United States. Uses of arnica for medicinal purposes date back to the sixteenth century, but it’s first major documented study came from German physician Samuel Hahnnemann, known as the father of homeopathy.

In his book Materia Medica Pura (written between 1811 and 1821), Hahnnemann explores how the use of arnica as a medical treatment basically pre-dates the medical professional itself. It was mysterious, but clearly effective.

“All the artificial dogmas enunciated by the ordinary medical art, which is in its way a learned science, all its scholastic definitions, distinctions, and hair-splitting explanations were in all past centuries unable to discover the specific curative power of this plant,” writes Hahnemann. “Common people had to do this for them, and after the fruitless employment of innumerable things they found at last by accident the true remedy in this vegetable, and hence they called it Fallkraut (fall plant).” He goes on to discuss arnica’s use as, among other things, a topical treatment for bruises and small lacerations. 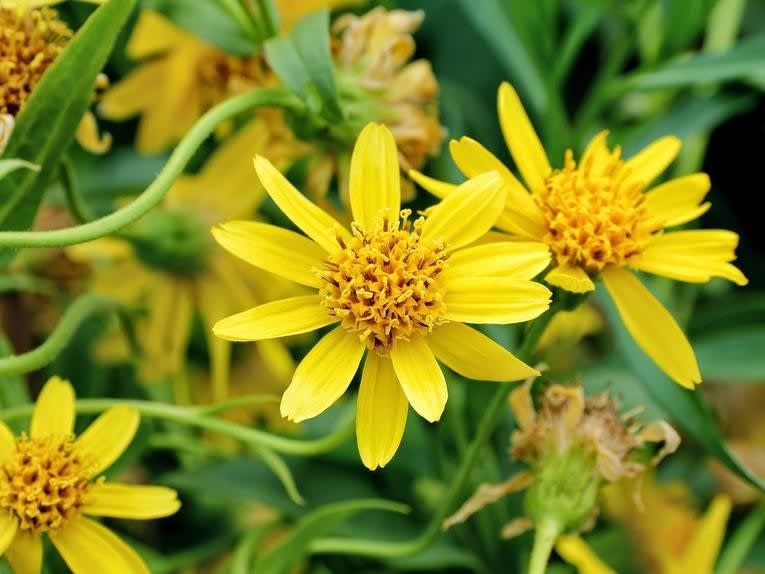 What Does It Do For You?

This was followed up by a 2010 double-blind study that came to a similar conclusion–but more interestingly, it found that arnica worked best when it wasn’t alone. When combined with other plant-based extracts – such as the unique blend of arnica and eucalyptus in our Soothe lotion – arnica provides distinct and powerful anti-inflammatory and analgesic benefits.

While, like most homeopathic treatments, there’s no there’s no way to say for sure if it absolutely does this or is the cure-all for that. But the science behind arnica shows that, when used as part of gentle topical treatment along with other homeopathic, plant-based extracts, it can reduce bruising and ease muscle soreness safely and effectively.