Flexpower believes that everyone has the right to feel good, and that nothing should prevent anyone from chasing those things that energize them, challenge them, and move them. Throughout the month of March, we’re celebrating Women’s History Month and International Women’s Day through conversations with women from vastly different backgrounds, disciplines, and careers to find out how they chased their own sense of purpose, found their own source of “feel good,” and used their positive drive to help and inspire others.

Sometimes you just don’t have control over the where’s and when’s of those transition periods in your life or career. If you need someone to be an example of how to navigate one with skill, determination, and purpose, however, look no further than Lesley Jane Seymour.

A veteran of the magazine industry for four decades, Lesley saw the writing clearly on the wall as print publication after print publication succumbed to the pressures of the new digital media landscape. “It was very obvious that the print world was coming down,” she says. “People being asked to do four or five jobs, asking writers to do things for free. I mean – that shouldn’t be a business plan. You just say to yourself, ‘Something’s wrong here.’”

Although extremely proud of the content she produced at publications such as YM, Redbook, Marie Claire, and More, Lesley came to the realization that it wouldn’t be the content that would carry her through to the next phase of her life and career – it would be the connections that content helped forge with readers and colleagues that would point the way forward.

So Lesley created the digital meeting space CoveyClub – “A covey is a small group of birds, I was looking for something that made it clear that we were going to be intimate and small and friendly and warm,” she says – which is dedicated to bringing together people who, like her, are lifelong learners, professionals in transition, and people looking for a space that speaks to directly to them – and makes them feel good.

We had a chance to talk to Lesley about surviving the harsh world of print media, the energizing power of self-education, and how she found CoveyClub’s voice and purpose. 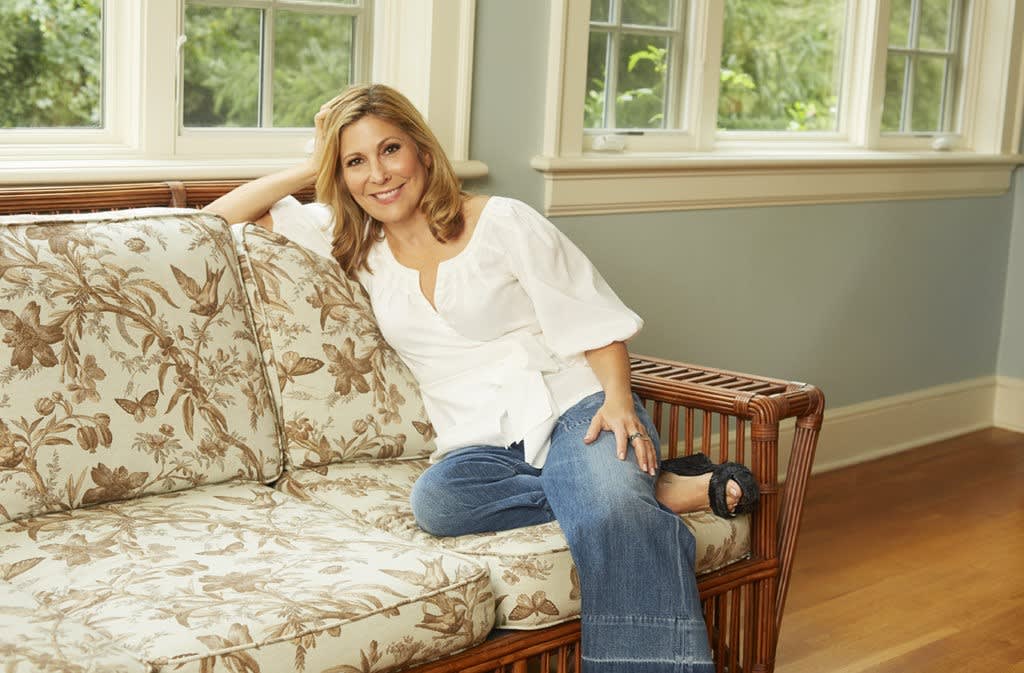 When did it become clear to you that a pivot away from magazines – where you’d built your entire career – would be necessary?

I had been running magazines my whole life – 40 years in the magazine business. I made it to Editor-in-Chief in my early 30s, running a teen magazine called YM. Then I ran Redbook, which was for young moms, and then I ran Marie Claire – the American version of the French magazine – and then I ran More magazine, which was a magazine for women 40-plus. Increasingly it became completely obvious that the magazine business was not doing well. It started around the internet bubble burst.

Did you have a sense of “what now?”

I decided originally that I would go back to school and get my degree in sustainability. I’d originally gone to Duke to study marine biology, but I switched over to English the last two years because I always knew that writing was my passion and I was just going to have to figure my way into it. And this was my opportunity to pick up again with my interest in science and my interest in marine biology, which had now become an interest in sustainability science. So I went to Columbia while I was working, picked up my Master’s, I thought I would have two more years at More before they pulled the plug. They pulled it two years early.

I’d never been an entrepreneur but I sat myself down and started to think about how to help this readership.  I thought “I’m a good researcher,” so I gave them a 54-question survey – and 627 of them took it to the end! If you know anything about research, you know that is insane. Nobody takes a three-question survey to the end today, so they really wanted to help me out. From there I started putting together a roadmap and began throwing spaghetti at the wall to see what would stick. And I was still working on my Master’s! There were days where I would literally sit down at my dining room table and go, “OK, do I work on Violence Against Women in the Congo and how we’re going to change that, or do I learn Mailchimp?”

My first foray – for about two months – I planned to do a digital magazine weekly with original art and original content and all that. I was going to do like 10 pieces a week – it’s laughably insane. I did it for 10 weeks, I had people lined up, saying “It was beautiful! It was upscale! Blah blah blah…” “How much would you pay for it.” “Two dollars. Because that’s what I pay for Oprah per month,” So I thought, “Oh crap…I can’t set myself up against Oprah. I’m going to lose that one.” But I had always called it a club, but I didn’t really know why I called it a club. I knew it couldn’t be just content taken onto digital. So I decided I would lean into the club part before I give this up.

How did you discover CoveyClub’s true purpose?

What’s great is that when it’s your own business, you can say, what are the things I love to do, let me lean into those. I made the decision what I really love to do are these Zoom meetings and stage interviews. I’m a people person, I’m an uber extrovert, I like meeting people, I like interviewing people, and there was something fun about them. We would do virtual cocktails and things like that.

I had a friend who is a well-known novelist and she just took one over one of the Zoom meetings and turned it into a workshop. Everybody loved it, and I thought, “Wow, maybe I’m being too rigid here. Maybe there’s a variety of things that we could do.” I had another friend who wanted to do hers more like a talk or a lecture, and we added those in and just kind of ran off to the races.

My whole point was to try and connect people. I call myself “Google for Women 40-plus.” I’m analog Google. I look for services and products that I can put in front of these women who are in transition and help them get to where they have to go. I’m a big learner. I love to learn. I take something that’s been vexing me or I’ve always wanted to understand and I decide that’s the thing I’m going to expand my life with that year. One year was gardening because I kept killing every plant I owned…and now I have a Masters in sustainability!

How has your experience changed your perception of perseverance and strength?

I think you have to realize that there are many different ways to be strong today. You need to be mentally strong, you also need to be physically strong. But I’ve never understood this fear of looking weak – these people who are obsessed with “this is going to make me look weak.” Nothing makes you look weaker than not dealing with reality or dealing with your real problems. The hardest thing you can do is face your own issues and deal with them. One of the reasons why people can’t stop moving or can’t stop being busy is because they’re afraid of what they’re going to have to deal with within themselves. But you’re going to have to deal with it.

Besides throwing yourself into a new field of study, how do you find your own personal “feel good”?

I’m a big transcendental meditation person. I’ve been doing it for probably the last 10 or so years, every morning. That has been a huge addition to my life.

I just had this sense that my life was sliding by me. I felt like I left for work on Monday and I woke up and it was Friday and my life was just drifting by…and I had no sense of enjoying it. I tried TM and laughed my way through the first session just being uncomfortable and all that. But I stuck with it and low and behold. It made such a huge difference. It always felt like I had 5,000 other conversations going on in my head at one time. I couldn’t have one conversation. And this helped shut all the other voices down.

I can be present, my life slowed down, I was still living the same life, but I was able to appreciate where I was while I was there. Being present is the biggest gift TM gave me. Now I use it as a recharger, too. It’s an amazing tool.